Last night's Leap in the Dark featured an all-woman line-up, with contributions from Susanna and Liliane Crossman in Brittany, novelist Paulette Jonguitud in Mexico City, Italian film-maker Chiara Ambrosio in London and musician/composer Helen Ottaway in Somerset, who played some of her luminously delicate Wave Songs on a mahogany musical box. Aea Varfis-van Warmelo read Beckett's mirlitonnade in French and English and came up with her own deft rendering which put all other attempts in the shade. And, least of all, The Pale Usher launched, to universal indifference, his first Unusual Literary Quiz. And here it is.

Answers will be revealed at the next Leap, on Friday 24th April. Get weaving.

This will take you perhaps 20 minutes to complete, or to fail to complete.

There are 23 questions and 100 points to be earned. Of course you could use the internet to find the answers, but where’s the fun in that? Please resist the temptation to do so because it will be much more satisfying if we tackle this together as an analogue exercise. (You could, of course, collaborate with friends, family or one another . . .)

You’ll be expected to mark your own papers with scrupulous honesty when the answers are revealed at A Leap in the Dark on Saturday May 8th. So you’ll need a pencil and paper to hand to keep your score (and perhaps to compose a few lines of poetry, if so inclined).

To warm up, match the title of the novel on the left to its author on the right. One point for each correct match

A Good Man is Hard to Find Daisy Ashford

Now on to round one.

For two points what, apart from their varying degrees of celebrity, connects the following?
Lord Byron

Two points for each correct identification. Which writer gave up the ghost . . .

a) after swallowing a martini olive toothpick on a cruise liner?

b) after choking on the plastic cap of an inhaler?

c) after being felled by a tree struck by lightning in the Avenue des Champs-Élysées the day after expressing a fear of meeting precisely such an unlikely end?

e) after claiming to have drunk 18 straight whiskies?

f) suddenly, at the age of fifty-two, in digs, while drinking brandy to celebrate a BBC commission?

Virginia Woolf described him as 'more repulsive than words can express, and malignant into the bargain'; Lytton Strachey called him 'a worm' and F. R. Leavis thought him 'the epitome of all that men mean by the word philistine'.

For a bonus point: The editor in question was also an acknowledged expert on what indigenous dairy product?

Which distinguished 19th century poet believed that railway engines ran in grooves and that all cigars, regardless of size or quality, cost the same?

'Kitchen sink' was the critical term applied to downbeat realist writing of the 1950s. Where did this useful phrase originate? (Two points for a complete answer)

For two points, which eminent historian wrote the following?

Seven ages, first puking and mewling,
Then very pissed off with one's schooling,
Then fucks, and then fights,
Then judging chaps' rights,
Then sitting in slippers, then drooling.

With a nod to Nemo’s Almanac . . .  Two points for each author you correctly identify:

b) We had chaw chaw chops, chairs, chewing gum, the chicken-
pox and china chambers
Universally provided by this soft-soaping salesman.

d) I caught this morning morning's minion, king-
dom of daylight's dauphin, dapple-dawn-drawn Falcon in his riding
Of the rolling level underneath him steady air.

8.  What a camp Jungian chum of mine calls 'a coinkidinky'.

The wildly creative television cartoon series Adventure Time has two lead characters introduced in the credit sequence song of each episode as "Jake the dog and Finn the human".  Here they are: 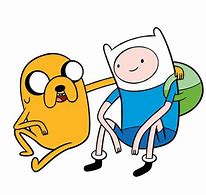 Jake and Finn share their names with two characters in which debut novel by which twentieth century Dublin-born author? (One point each for the title of the novel and its author.)

Perhaps Noel Fielding and Julian Barrett had T. S. Eliot in mind when they named the gorilla companion of the enigmatic shaman Naboo in the telly series The Mighty Boosh. What's the connection? (Two points)

Which poet said to which man of letters, after the memorial service for which other poet: 'Sir, you formed me!' (One point for each)

Which poet wrote to another poet about a third poet on 5th September 1946? Name all three poets, with one point for each.

'I used to think that he knew how to put down good words. And now I have been reading […], a poetry book. And I find in the words of this book there is a lot of poll lis sill ab bick fuss sin ness (“the total generosity of original unforewarned fearful trust”), and a lot of ad dough less scent sew dough Smith oller gee (“Oh, which are the actors, which the audience?”), and a lot of Europe-falling-about-our ears and Oh-my-dearest and playing with abstractions […] and your- eyes-are-mineshafts -to-your-heart and HELPLESS GESTURES  […] because HE CAN’T THINK WHAT TO SAY.'

Which modernist English writer and painter reminded which modernist American writer of 'toe jam'? (One point for each writer, and a third point if you identify the volume in which the unflattering description appears.)

Through who or what is Christopher Smart (1722-1771) expressing his reverence in these lines? (2 points)
For he is the servant of the Living God, duly and daily serving him.
For at the first glance of the glory of God in the East he worships in his way.

For a bonus point, what was the category of Smart’s accommodation when he wrote the poetry (A Song to David and Jubilate Agno) by which he is remembered?

In the French novel D'entre des mortes by the writing team of Boileau-Narcejac, a wealthy businessman named Gévigne employs an ex-cop called Flavières to follow his troubled wife  around the boulevards of pre-Occupation Paris.

In which film, adapted from the novel, are the two male characters named, respectively, Gavin Elster and 'Scotty' Ferguson (one point) and in which city is the film set (one point)?

Source the following breathless phrases (Two points for each)

Who was transfixed by what may have been ‘a hair in the gate’ during a matinee screening of The Cabinet of Dr Caligari, later writing about the experience for an American magazine.

17.  Of Man's First Disobedience, and the Fruit / Of that Forbidden Tree

Writer/director Armando Iannucci once observed that Milton's opening lines from Paradise Lost can be sung to the theme tune of which popular American cartoon series?

What precise London address was home to Sherlock Holmes, the world's only consulting detective?

For two points, which celebrated poem, written in 1935, originally began in an early draft:
North, north, north
To the country of the Clyde and the Firth of Forth.

For a bonus point, what’s the next line (which appears as the first line in the published poem)?

To date ten British writers have been awarded the Nobel Prize in Literature. The first was Rudyard Kipling in 1907 and the most recent Kazuo Ishiguro in 2017. Name the other eight (with one point for each).

And which equally eminent American author published as, among others, Silence Dogood, Anthony Afterwit, Alice Addertongue and Polly Barker? (One point)

22. What do the initials stand for?

Two points for each complete name. (One point if you get only one)

Each of the following celebrated authors has interesting hair.
One point for each one you correctly identify.

(a) Survived a William Tell incident in the roaring ‘20s

(b) His London landlady said she thought he looked like ‘Our Lord’. 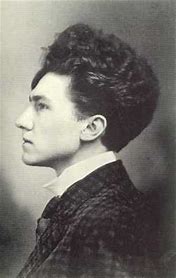 (c) A combover beginning just south of his left hip. 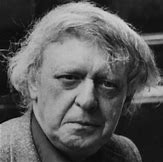 (d) The doctor will see you now. 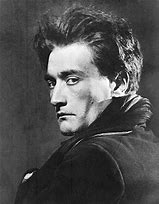 That’s it. Join us at A Leap in the Dark  on Friday 24th April to get the right answers.