Another Leap in the Dark

You'll be issuing a restraining order.

Last night saw the second online Leap in the Dark, featuring music, poetry, prose and polemic in an informal, not to say ramshackle format.

Technical fuckups notwithstanding, and they were galore thanks to the Pale Usher (myself), unable to manage the simplest conferencing app, it was a wonderful hour so featuring music from Melanie Pappaneheim and her daughter Esme Herbert (with harmonies to make your heart hurt) followed by readings from Michael Hughes of Louis Macneice's Autumn Journal and a contemporary take on it by Jonathan Gibbs called Spring Journal. Jonathan introduced Cantos I and II of his poem which were read, superbly, by Michael Hughes.

Jonathan explained what prompted his work-in-progress, which we'll be sharing regularly in future Leaps. This is an ambitious and very moving project that will tackle the imminent catastrophes and consolations of the pandemic, and Michael will be the voice of the poem. Those taking part will also get transcripts of each fresh canto as it is completed.

We ended with a modest competition - a copy of Jean-Baptiste Del Amo's novel Animalia, freshly translated into English by Frank Wynne and published by Fitzcarraldo, went to the person who could come up with the largest number of fictitious captains (as in Kirk, Hornblower, Pugwash, Corelli, Scarlett, etc). Eley Williams came up with ten, which was such an impressive tally that we thought there should be stewards' enquiry, but she had indeed and so took the palm. (Birdseye, by the way, was declared hors de concours because he wasn't imaginary).

The evening ended with Esme Herbert performing a beautiful version of No Surprises by The Radioheads. Thanks to her, and her mother Melanie, and Michael and Jonathan. And to all of you who dropped by - from Mexico, New Zealand, Scotland, Ireland and closer to home. You were all very welcome.

Next week, on Good Friday, we'll have more music, Canto III of Spring Journal, Anakana Schofield, author of Martin John, dialling in from Vancouver to talk about and read from her latest novel Bina, another chance to win another book and no end of other shameless cavorting. 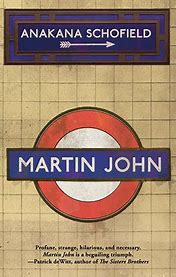 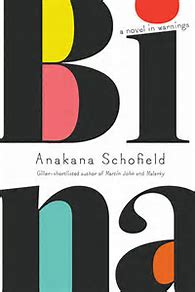 On Saturday 11th we'll have an line-up both eclectic and electric and a literary pub quiz set by a Leading British Author Who Prefers to Remain Anonymous.