Paulette Jonguitud is the author of the brilliant novella Mildew published by CB editions, which I wrote about here.  Last Saturday she joined us in A Leap in the Dark with a live Letter from Mexico City. She has kindly allowed me to publish this powerful and moving text in full. 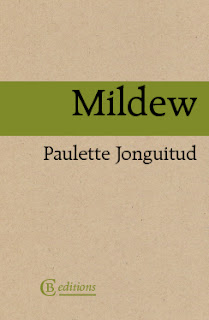 We were on a high wave. We’d done it. Mexico City was half-empty. We’d been told it was impossible. You can’t hurt our economy like that, you’re being selfish. But we carried on. And, for a day, it seemed to work. Our offices were empty, our cubicles, our desks, our classrooms. It was March 9th and a country-wide feminist protest was in full swing. Un día sin nosotras. One day without us.

10 women are killed every day in Mexico. Many more swell the ranks of Las Desaparecidas, The Disappeared, The Vanished. An euphemism not to call them The Dismembered, The Taken, The Broken.

We wanted to make a point: what would happen if we disappeared all at once? Who would teach children? Who would care for the elderly? Who would manage universities? We wanted to create a void where every woman stood, a vortex that would suck everyone around it into nothingness.

So, on March 9th we disappeared for a day: we stayed home, we didn’t buy anything, we didn’t work, we didn’t even engage in social media because Las Desaparecidas don’t go on Instagram. Not a girl in our schools. Not a teacher. Nurses had a pass, of course, and doctors, but those women who had to work wore purple that day. It was beautiful.

A day before, on March 8th, 100 thousand women had marched together, wearing purple, green scarfs, white handkerchief. ¡Nos queremos vivas! We shouted. We want us alive. Verga violadora a la licuadora. (Rapist dick goes in the kitchen blender). Ni una menos. All 100 thousand of us marched behind the families of Las Desaparecidas and through tears and torn throats we chanted: No están solas. (You are not alone.) We became a purple wave and we thought this time was it, we’d done it. Today you see that we are a wave, tomorrow we disappear. It will work this time. Something needs to happen.

Many women took their daughters to the march. It was so crowded that one girl lost her mother. She began to cry. The women around her quickly found a way to reunite them. It was simple, elegant, even. Everyone sat down. We all sat down on the floor, at once, and called the girl’s name out loud. Only the girl and the mother remained standing, so they could find each other.

Few media outlets reported on the march, and those that did soon found another pressing matter to publish: there’s a virus coming our way. You’re being selfish. This is more pressing. Wait for your turn. We’ll get back to you once this blows over. It would still take a few weeks for the virus to hit us, but the purple wave was expediently erased from news casts.

Soon, too soon, we were alone. Confined, the city was once again empty, but it wasn’t for us. Las Desaparecidas were left behind, for another emergency was looming, there’s no shortage of emergencies on this land.

We were on a low. Most femicides occur within the family circle. We were on a low now that women were confined with their abusers. The country was paralyzed by a pandemic that still had a much lower death rate than ours: Female while in Mexico. The virus pandemic would grow, of course, and so would ours. We were told not to compare. We were told one thing at a time.