Poetry books of the Year

Since nobody has invited me to nominate my poetry books of the year I shall do so below, for sherry and giggles. This list doesn't include The Poems of T. S. Eliot in two mighty volumes from Faber, or the engaging Collected Poems and Drawings of Stevie Smith from the same publisher, or the hefty new collected poems of Basil Bunting (any of which I'd love to receive from the publisher,, if either Faber is reading this). I've overlooked Don Patterson's acclaimed 40 Sonnets because . . . well, you can't like everything and in any case it was published in 2015, so ner.

Five titles stand out for me this year and here they are alphabetically, by author: 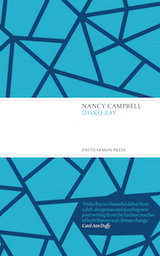 Campbell has spent a lot of time in remote parts of Greenland, and here reports back. The opening poem 'Umiarissat / The Seal People' has a mythical simplicity:

I watch four shadows pass the sun
They are not men, these bearded ones
with fat, stooped heads and shining skin
aboard a boat with no beginning.

Campbell's concerns are language, myth, community, the natural world and its degradation, ice and sea and clouds, the sun, the moon, extreme coldness, darkness and hard light. Her poems create and satisfy a taste for purity and austerity.

An outstanding debut collection, an iceberg drifting silently into the shipping lanes of British poetry.

Buy it from the publishers here.

Matelot (pronounced 'matlow') is about life as it used to be in the Royal Navy. The author, in an unnecessary apologia, admits that much of the language is 'salty'. It certainly is and I wouldn't have it any other way - this is the sweariest collection of poetry you'll ever read. I blogged about it here.

Buy it from the publishers here. 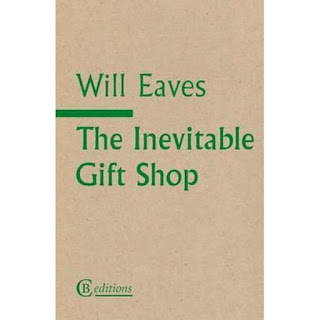 From the New Statesman review:

‘The Absent Therapist, which was shortlisted for the 2014 Goldsmiths Prize, was a fragmentary novel of many voices. Here, Eaves has produced a work of even more disparate and uncategorisable form. There are chunks of prose memoir (his grandmother’s dentures), criticism (why E M Forster was wrong about Mr Micawber), observation (everything from the profusion of cable ties in packaging to the threat of artificial intelligence) and one-line statements: “I eat fish with a clear conscience because they neglect their young”) alongside beguiling poems that touch on memory and childhood.’

There's more prose than poetry in the alternating sections of a book that defies classification, resists summary and rewards many readings. A rumination on the nature and practice of writing,
it's also about everything else. The most stimulating, thought-provoking and consistently original book I've read this year.
Buy it from the publishers here. 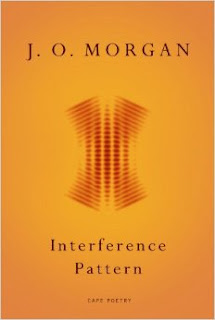 I reviewed this and Morgan's previous collection In Casting Off (HappenStance Press) for the TLS here. Morgan is a complex talent, his poems miraculous and meticulous investigations into life, death and what comes in between.

Interference Pattern has been shortlisted for the 2017 T. S. Eliot. Here's what I said at the end of my review:

Eliot comes repeatedly to mind in reading Interference Pattern because, in its originality and lucid intelligence, in its tragic grandeur and sophistication, it is a poem that could come to be for the twenty-first century what The Waste Land was to the twentieth. 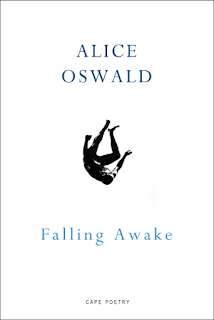 I first became aware of Alice Oswald in the 2004 edition of Nemo's Almanac (see below), the addictive and diabolically difficult literary competition that's been running for more than 125 years, and which included these lines:

At eight o'clock, I opened the window to the woods
and an owl about the size of a vicar
tumbled across in a boned gown

The following year's Almanac told me that they were taken from Alice Oswald's 'Owl Village', a poem in her second collection Dart (2002). I bought it straight away on the strength of those three lines. Who wouldn't? Since then I've read everything she's published with unalloyed pleasure and huge admiration, and her latest collection, while not perhaps the best to date, leaves most of her contemporaries in the shade. Falling Awake is her seventh collection and first since Memorial (2011) and the title snagged my attention, recalling as it does Ian Hamilton's first volume, the ingeniously entitled Pretending Not to Sleep.

The two Cape publications can be obtained online (but please use abe.com and not blasted Amazon)

The Bookseller announced earlier this year that in 2016 that sales of poetry books in the UK generated a revenue of more than £8 million. Of course there's no money in poetry - but there's no poetry in money either. Bdmn tsch! 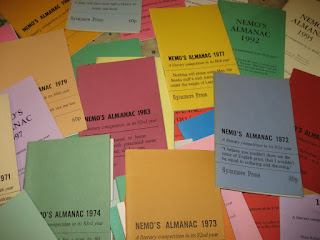 Since I first came across it as an undergraduate I've been failing to enter this fiendishly challenging literary competition, now in its 129th year.

There are six themed  quotations (mostly poetry) for each month of the year which, correctly identified, earn the competitor ten points. So the highest score will be 730 (the extra 10 points coming from the quotation on the cover, which tends to feature the words 'Nemo' or 'Almanac'. You're not allowed to use the internet . . . I've been poring over the latest and have identified three. Probably.  My personal best is higher, but not much higher. The pleasure for me (as a non-competing fellow traveler) is to use the quotations as a prompt to further reading - see above.

£3 each or four for a tenner. Cheaper than Christmas cards . . .