This absolutely magnificent novel was yesterday declared the overall winner of the 2020 Republic of Consciousness Prize, the first work in translation to be thus honoured.

I read it some months back and am now reading it again because this Friday I'm hosting (though not chairing) a conversation between the translator Frank Wynne, Sam Mills (one of the prize judges) and Neil Griffiths, the novelist and founder of the prize.  I shan't say much about Animalia here as I want you all to tune in to A Leap in the Dark. I will say, though, that the last time I read a French novel that so completely clobbered me was Michel Tournier's  Le roi des aulnes (1970). I want everyone to read this, if only to confirm my bleak view that the French beat us hands down in the 1970s when it came to novels, architecture, movies, the lot. 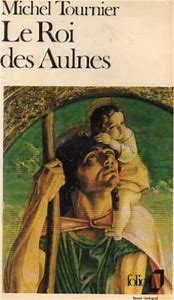 The conversation on Friday marks the start of an open-ended series of online gatherings of singers, musicians, poets, novelists, performers who will come together twice a week, on Friday and Saturday evenings between 8 and 8.30pm, to share new work with an invited audience. If you'd like to join the audience see here.


And a tip of the hat to Jacques Testard, who founded and runs the mighty Fitzcarraldo Editions. As it happens I reviewed their first ever publication for the TLS in 2014 - Mathias Énard's Zone. This isn't available on the new-look TLS website, so you'll have to take my word for that. But here's a thing - it was reading my review that prompted the novelist Neil Griffiths to read Zone which (he reckons) is just about the greatest novel ever published, and then led him to investigate the brave new world of indie publishing, which in turn led to him setting up the Republic of Consciousness Prize in 2017. I know this because he told me when we first met. The prize is now an established part of the literary calendar and has done a great job in promoting and supporting small presses and their authors. More, it has led to a friendship with Neil, which is the best thing. (He's a remarkable novelist - I'll be writing about his most recent novel soon in an example of what might called blog-rolling).

Buy Animalia from the publishers here. 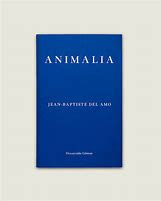