A while back I blogged about the great designer and typographer Berthold Wolpe and I've just found an engaging short interview with his assistant Shirley Tucker. Both of them worked for Faber and Faber and this video clip appears on the publisher's website. To date it's been viewed by fewer than twenty seekers after knowledge so perhaps this blog's readers (and there are now more than 20,000 of you) can add to that number.


Shirley Tucker is less well-known than Wolpe, but she designed some book covers that these days are routinely described as 'iconic'. Here's one of them, from 1963: 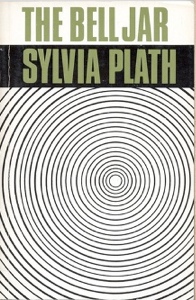 It's good, isn't it? A whiff of Bridget Riley op-art, the suggestion of life spiralling out of control with that unsettlingly off-centre set of concentric circles, the simple bold lettering and austere colours - black and cream and green. It's a serious book by a serious writer. It's about mental illness.


When it came to the fiftieth anniversary edition, the publishers suggested in their press release that the book is a genre piece aimed at women, like television's Sex and the City:

When Esther Greenwood wins an internship on a New York fashion magazine in 1953, she is elated, believing she will finally realise her dream to become a writer. But in between the cocktail parties and piles of manuscripts, Esther's life begins to slide out of control.

They also commissioned a new cover. Here it is: 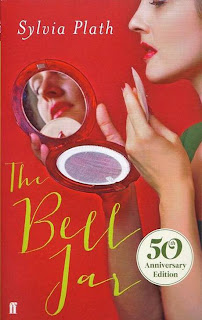 Bubblegum colours, brightly lipstick'd Vogue model dabbing away with her chic compact and that spindly piss-elegant calligraphy; strawberry jam red and custard yellow (malign corporate colours shared by McDonalds and the Soviet Union) and plenty of pink skin. It looks depressingly like a piece of chick-lit. The critical reaction, not only among Plath's admirers, was ferocious.

If Sylvia Plath hadn't already killed herself, she probably would've if she saw the new cover of her only novel The Bell Jar. For a book all about a woman's clinical depression that's exacerbated by the suffocating gender stereotypes of which she's expected to adhere and the limited life choices she has as a woman, it's pretty fucking stupid to feature a low-rent retro wannabe pinup applying makeup.