An old blog from a few years ago, when the hobgoblin Pob-lookalike Michael Gove was merely Education Secretary.

The ostensibly highbrow questions were without exception middlebrow, while the lowbrow questions were all to do with celebrity in one form or another, because 'lowbrow' no longer refers to popular culture in the broadest sense, but to a particularly garish and shallow manifestation of populism. The undergraduates failed consistently on all the 'highbrow' questions (not knowing, for instance, that Dedalus was the father of Icarus, or that Prufrock measured out his life in coffee spoons, or that ... but you get the idea.)

The dons fared better, as one might expect, on the allegedly highbrow items but (equally predictably) less so when it came to the lowbrow options, with condescending jeers from the audience every time they revealed their ignorance about the doings of Justin Bieber and the cast of Eastenders.

Introducing another round, the chairman elicited easy laughter from the audience when he said that the answers to the next question should be in Latin. The question was about the Canonical hours, the division of the day into periods of prayer - Matins, Lauds, Prime, Terce, Sext, Nones, Vespers and Compline. These are certainly less well-known than they once were as our society no longer centres around acts of Christian worship, although I happen to know them because they formed part of my haphazard education and I can't for a moment imagine what it must be like not to have this knowledge as part of my cultural baggage, at least when it comes to solving crossword clues, playing Scrabble or feeling annoyed by radio programmes. That the Canonical hours are now seen as a backwater of general knowledge is not surprising - what is surprising and worrying is the derision directed at those of us who happen to know them. What's going on? What's gone wrong? 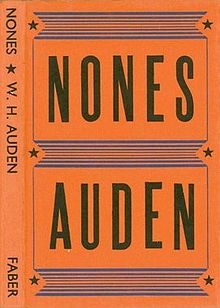 Forty years ago a minimum 'O' level in Latin was necessary for anyone wishing to study for a Humanities degree at any university. I'm not saying this was a Good Thing, or a Bad Thing, but it was certainly a Thing. And accompanying that sort of education (or, if you must call it schooling, schooling) came a whole bunch of other stuff which broadly speaking equipped the learner with a packed lumber-room of information, some utile, some arcane, all worth knowing, or so we used to think, for its own sake.

There has been, in my lifetime and quite recently, a paradigm shift. What was once valued for its own sake as general knowledge (about geography and history and science and literature and so on) has been almost entirely supplanted by the new currency of common knowledge. What was once worth knowing has now been supplanted by trivial stuff that everyone is expected to know. At the same time there have never been so many formats in which a lack of general knowledge can be showcased and, weirdly, rewarded. What happens now (at least in practically all television and radio competitions that endeavour to assess various kinds of knowledge) is that anyone with a reasonable level of general knowledge is likely to be derided as a geek or nerd or whatever the discriminatory term is, while the competitor who knows Lady Gaga's real name or Who Killed J.R. is rewarded.