Here's author Mike McCormack (left) with your blogger (right) moments after he was awarded the 2016 Goldsmiths Prize for his superb novel Solar Bones. 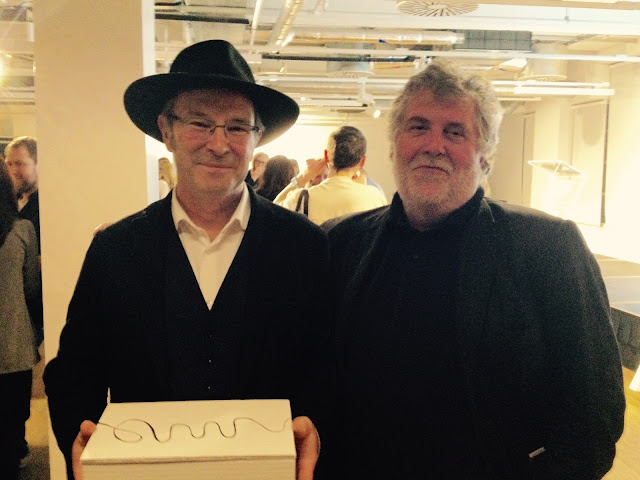 There was a time, not so long ago, when newspapers would routinely employ the caption 'Seen here sharing a joke' beneath any picture of two chaps (always chaps) clearly not sharing a joke.

We weren't sharing a joke, but were both buoyed by the unexpected and richly deserved recognition for a remarkable literary achievement. There were two other very strong contenders on this year's Goldmsiths shortlist, both from writers with Irish backgrounds: Anakana Schofield's superb Martin John and Eimear McBride's The Lesser Bohemians (which is even better than her magnificent 2013 debut A Girl Is a Half-formed Thing). Both of these have found their place in the world, and offer further proof (not that it's needed) of an extraordinary revival of Irish writing, and of experimental writing generally.

The trophy Mike is holding is based on the meandering line left by Uncle Toby's walking stick in Tristram Shandy, which has become the Goldsmiths' Prize logo. 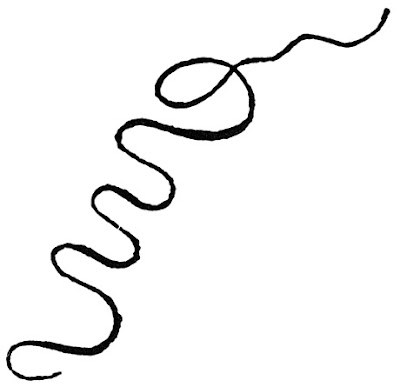 This years' trophy (each year being a one-off design)  also resembles the children's toy in which one has to navigate the tight curves of a metal tube with a metal hoop, setting off a buzzer whenever the hoop touches the tube. You know the kind of thing I mean. I have no idea what it's called. Does anyone?

The Goldsmiths was the first big prize for Solar Bones. It recently scooped (why do we say 'scooped'?) the 2016 Bord Gáis Energy Irish Book Awards as Novel of the Year. There are bound to be many others, and rightly. It's a wonderful, original, pitch-perfect evocation of a life, profoundly moving, serenely beautiful. I wrote about the novel for the Literary Review, describing it, perhaps glibly, as 'Proust reconfigured by Flann O'Brien'. It really is that good. The final sentence of my draft review was cut, but here it is:

This is about all of us, now and forever after, and unquestionably one of the big books of 2016.

But it's not just a book of the year. This one will last.