It's hard to imagine a more bizarre and horrible death than that of Henry Hall, a 94-year-old lighthouse keeper.

This was the second lighthouse to be constructed on the treacherous reef nine miles off the south coast of Cornwall, The first had been destroyed in a storm, with the loss of all five keepers, and the second, completed in 1709, was a wooden structure built around a brick and concrete core. It looked like this: 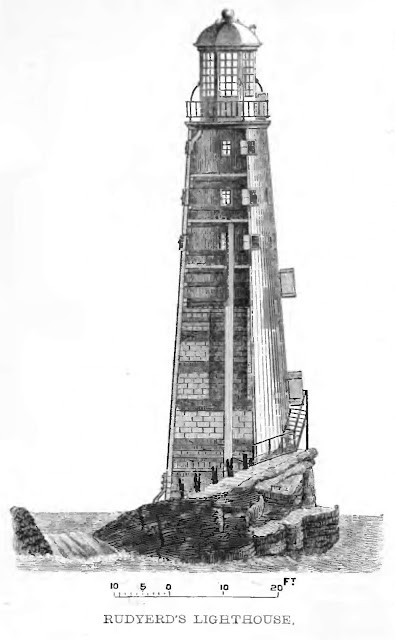 On the night of 2 December 1755 the top of the lantern caught fire, probably from sparks rising from the candles that illuminated the lantern. The three lighthouse keepers tackled the blaze with buckets of water, thrown upwards, but were driven out of the structure and onto the rocks. What happened to poor Henry Hall is the stuff of nightmare.