October 2022. Every day's better than the next.

Predictably, but quite misleadingly, the great Scottish actor Robbie Coltrane (who died this week) was described everywhere as 'the beloved Harry Potter actor', which is like writing off Alec Guinness as a Star Wars icon.

Coltrane was very much more than the gargantuan Hogwarts groundsman. I recall vividly his one-man show as Dr Johnson in the tiny studio theatre attached to the Lyric, Hammersmith, forty years ago. In a motheaten wig and threadbare frockcoat he spat half-eaten cold spuds over the front row, twitching and lurching and chumbling irritably ('My days were NOT spent saying ONE memorrable THING aftah anothah!'). A mesmerising performance, and oddly adorable.

He had a solid film career (notable roles in Mona Lisa and (as Falstaff) in Branagh's Henry V) Best of all were two brilliant telly roles - as Danny McGlone in John Byrne's rock 'n' role drama Tutti-Frutti (opposite a very young Emma Thompson) and (above all) as the criminal psychologist and gambling addict Eddie 'Fitz' Fitzgerald in the matchless Cracker. They're on the internet, so look them up. 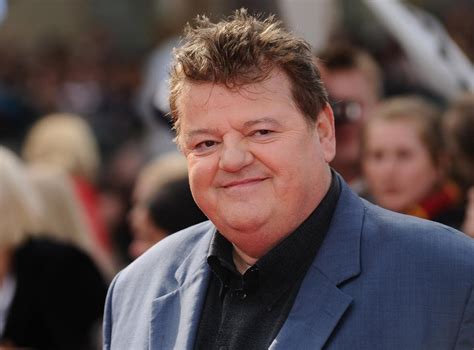 War. What is it good for? Absolutely nothing.

Please give as much as you can, whenever you can. The most far-reaching aid programme has been, and remains, the British Red Cross Ukraine Crisis Appeal. You can donate quickly and easily here.

There are now eight more shows to go before I pull the plug, and we have forthcoming programmes dedicated to Hitchcock, Sidekick Books, Wittgenstein's Tractatus, apostasy, experimental Italian poetry, grand guignol, the centenary of The Waste Land, the online premiere of a new opera, the best in contemporary poetry and prose, indie publishers and some very special guest appearances!

The very last programme, on 11th December, will consist mostly of highlights from the previous 49 shows in the series and I'm open to suggestions and requests. See item 9 below.

Good to see the Badger is up to his old tricks. Available now to pre-order is a brilliant new collection of flash fiction from Nicola Ashbrook entitled The Art of Escapology. It's a series of stories all woven around the theme of escape; be it physical, emotional or simply a journey around the imagination.

It's published this week on 20th October, and you can pre order a copy here.

Madsen's first novel Dodge and Burn was published by Dodo Ink in 2016 and shortlisted for the Republic of Consciousness prize.

Aurora is published in January 2023. Look out for this.

Reverse Engineering II is available for pre-order now!
It features stories from Ben Okri, Tessa Hadley, Wendy Erskine, Yiyun Li, Tom Drury, Eley Williams and Sussie Anie, each one followed by an incredible interview on how it was written.
You'll get a generous 15% off either (or both) of this publishers books before the publication date on 1st November. Use code "Subscribe15" at the Scratch Books checkout in October.
And, if you fancy buying a copy at any time, please do consider buying it directly from
the publishers - it makes a huge difference.
________________

4. A Boogie at Bedtime

The Last Days: a memoir of faith, desire and freedom tells the story of her journey to freedom after a life spent inside the confines of the Jehovah’s Witnesses. She will be in conversation with writer Darran Anderson.

She’ll be joined by Matt Rowland Hill, author of Original Sins (Chatto), about his two great teenage loves: Jesus and Heroin; and Andy West, whose memoir, A Life Inside (Picador), brings into sharp focus prison life through a philosophical lens. Together they’ll discuss themes of faith, desire and freedom, and read from their work, rounded off with a special DJ set by Richard Norris.

Announced earlier this week - The Coroner's Daughter by Andrew Hughes is the 2023 One Dublin One Book Choice!

There will be a new edition published by @TransworldBooks and a programme of events next April.

A reminder that Small Publishers Fair returns to Conway Hall on Friday 28 and Saturday 29 October.In addition to 69 publishers showing and selling their publications, and the exhibition (Bibliopoe: books by Steven J Fowler), there will be readings and talks both afternoons.

The free 20-page programme includes publishers' listings and featured books plus information on readings, talks and the exhibition. Download a PDF here to plan your visit or browse the Fair from afar.On the day

When you arrive at Conway Hall please go to reception to pick up a free copy of the printed programme and this autumn's issue of the excellent Brixton Review of Books.Conway Hall is in a lovely part of London just two minutes walk from Holborn tube. Admission to the Fair and all related events is free. Doors open at 11am and close at 7pm each day.

The Fair will feature some of the indies that have appeared in The Glue Factory (and in its earlier iterations). Bring cash, cards and totebags. If you see me, say hello!

The Pig’s Back (named for Donegal’s Muckish mountain and for the phrase ar mhuin na muice, to be in luck) is a literary prose journal that aims to bring the rest of Ireland - and in turn, the world - to the northwest. Founded by the Regional Cultural Centre in Letterkenny, it publishes short fiction and essays.

Though we have a particular interest in writing from the northwest, we are eager to read work from all across Ireland, and beyond. Our main aim is to provide opportunities for those voices who have yet to be discovered, to help them define themselves and guide them in their careers. The future will bring workshops and residencies but for now we’re focused on the written word.

The Pig’s Back is produced by the Regional Cultural Centre in Letterkenny, in association with Donegal County Council and the Arts Council of Ireland. Design by Frontwards Design. Edited by Dean Fee and Emily Cooper.

The Pig’s Back seeks submissions of previously unpublished fiction and non-fiction. We accept work from anywhere in the world but currently can only accept English language pieces. We do not accept poetry.

The submissions window runs from 15th October to 15th November.

The last Glue Factory online gathering, on Sunday 11th December, will consist mostly of highlights from the previous 49 shows in the series and I'm open to suggestions and requests. So hit me up, as they say. What would you like to see? Or see again?

Email any thoughts and I'll do m'best to oblige.

____________________
10. London Consequences 2 - latest news
We've reached the half way point in this extraordinary collaborative novel. Nine of the 18 chapters have now been completed and submitted (and only the two editors know who has written each). We can't give much away apart from the fact that every contributor has smashed it. Each chapter is unique, blazingly original and very distonctive. This will be like no other fiction published in 2023. The writers involved are (alphabetically): Kevin Boniface, Marie-Elsa Bragg, Ruby Cowling, Wendy Erskine, Tim Etchells, Jonathan Gibbs, Shelley Hastings, David Hayden, Vlatka Horvat, Michael Hughes, Heidi James, Toby Litt, Linda Mannheim, Melissa McCarthy, Sam Mills, Simon Okotie, Ben Pester, Devika Ponnambalam and Eley Williams.
The novel (as yet untitled) will be published in Spring 2023 by Bluemoose Books, with proceeds to The Trussell Trust. It's prompted by the fiftieth anniversary of the publication of London Consequences (1972), edited by Margaret Drabble and B. S. Johnson, which featured 18 anonymised authors each contributing a chapter. We've adapted the method to our digital age and have a cohort of writers that better reflects the diversity of London today.
More news soon...
____________________
11. The Gordon Burn Prize
New Writing North
announced earlier this week that the
Gordon Burn Prize 2022 has been awarded to Preti Taneja
for Aftermath, 'an unflinching work of narrative non-fiction
that blurs genres and form to understand terror, trauma and grief.' 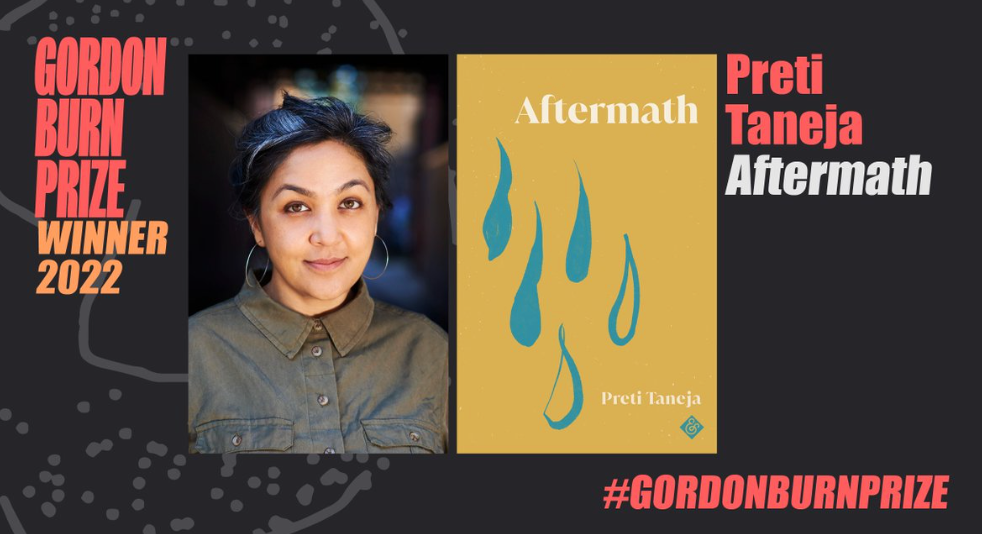 ____________________
14. Nudge
'Poor people are richer than you think' says Thérèse Coffey, Deputy Prime Minister and, since last month, Secretary of State for Health and Social Care.
And Tories are far crueller than we can possibly imagine. Her words (callous, calculated, damning) remind me of Larkin's lines in 'Toads'
Lots of folk live up lanes
With fires in a bucket,
Eat windfalls and tinned sardines —
they seem to like it.
Their nippers have got bare feet,
Their unspeakable wives
Are skinny as whippets — and yet
No one actually starves.
I'd like to pin Coffey to a wall and ask her at what point, in her estimation, somebody is actually poor. When they run out of windfalls and tinned sardines? When they can't afford the medication they need to live? When they can't afford to heat and light their homes, and cook? When they actually starve?
To hell with Coffey and the whole blasted shower.
Food Banks - one of the few growth industries in Tory Britain. In the last full year of the Labour government, 26,000 people used food banks. By 2021, it had risen to 2.56 million. In the year from April 2021 the Trussell Trust alone provided more than 2.1m emergency food parcels, 832,000 of them for children. That represents an 81% increase on the same period five years ago.
According to the Joseph Rowntree Foundation’s Poverty Profile 2022, around 14.5 million people are living in poverty in the UK. That’s more than one in five people. Of these, 8.1 million are working-age adults, 4.3 million are children and 2.1 million are pensioners. The energy and cost-of-living crisis are about to send those numbers soaring.
Please, please support The Trussell Trust.
https://www.trusselltrust.org/make-a-donation/
_______________
PS
A People Polling poll this week put the Tories on 19% (Nineteen per cent) with Labour on 53% - a 34-point lead.
If this actually happened at a general election, and it wouldn't, the Labour Party would secure a 430-seat majority and the Tories would be wiped out, left with four seats. (And the MPs holding those four seats would be John Hayes, Matt Warman, Rebecca Harris and John Whittingdale.) This won't happen of course, but it's a thought to warm the cockles of my old red heart.
So let's have a general Election now. I want to see Jacob Rees-Mogg selling kisses for farthings on the meat racks of Piccadilly and Kwasi Kwarteng working in a Ladbrokes. As a cleaner.
As for Liz Truss. Wouldn't it be just great if we never saw or heard a word from this insipid mediocrity ever again?
Posted by David J Collard at 00:10