Every Sunday The Glue Factory will bring to your attention the kind of things you need to know.

I welcome suggestions from authors, indie publishers, press agents and creative practitioners of all kinds, in any medium, so please email me with anything you’d like to share with our readers in future issues.

And don’t forget that if you receive this newsletter you’ll also get an invitation to the live online gathering on Sundays at 7:30pm UK time. They are always free to join (but donations to The Trussell Trust or your local equivalent outside the UK are appreciated). Details of this week's gathering are in the newsletter.

Let me know if you’d rather not receive this regular update and I’ll happily stop bothering you.

5  For the last time (probably)

6  The publishing event of the decade

8  Next week's gathering (and beyond)

You’ll have many calls on your time and generosity when it comes to supporting the people of Ukraine and the ghastly term ‘compassion fatigue’ has been circulating. This weekly newsletter will continue to highlight some of the less visible initiatives but the most far-reaching programme is the British Red Cross Ukraine Crisis Appeal. You can donate here.

This week's online gathering (starting at 7:30pm) will feature the poet Philip Terry on Ice Age poetry from Lascaux; Deceit by Yuri Felsen* ('the Russian Proust') with translator Bryan Karetnyk; author Elizabeth Chakrabarty on her new novel Lessons in Love and Other Crimes and our roving reporter Melissa McCarthy on things going on in the background of a disaster.

You'll get a Zoom link at 6:30pm UK time. Join us for 90 minutes of cultural diversion and enrichment.

There's no indie press news this week, or rather none that I've had the chance to include. So insteand some thoughts on a contentious issue that keeps cropping up on social media, which is why (reportedly)m men don't read books by women. Of course most people regardless of their gender don't read books at all. But what about those of us who do?

According to the Irish broadcaster Rick O'Shea, 'one of the advantages of running a book club with 38,000 members is that you have access to stats.' He did the math, as they say, and revealed that of that membership 88% are female and just 12% male. He adds, glumly: 'I've done everything I can over the years to cajole, convince, nudge more men to join, and nothing.'

It invites the question: why does all the discussion around the subject almost always centre on fiction? Why is there not greater attention paid to women's non-fiction? I can see, up to a point, male readers are less likely to find the novels of (say) Rachel Cusk and Sally Rooney and I blogged about this, sort of, nearly ten years ago: https://davidjcollard.blogspot.com/2014/08/most-influential-books-by-women-my-aunt.html (and I've corrected a couple of typos that crept into the original).

On 12th July join poet and novelist J.O. Morgan for a discussion about his Orwell Prize Political Fiction shortlisted novel Appliance (Jonathan Cape), a highly inventive and and humane novel about our relationship with technology and our addiction to innovation, with Orwell Prize judge Dennis Duncan.

J. O. Morgan's 2018 work Assurances, looking at the RAF's early involvement with maintaining the nuclear deterrent, won that year's Costa Poetry Award. He has been twice shortlisted for both the Forward and the T. S. Eliot Prize. Appliance is his second novel following Pupa, published by Henningham Family Press.

Dennis Duncan is a writer, translator and lecturer in English at University College London. His most recent book is Index, A History of the. His writing has appeared in the Guardian, the Times Literary Supplement and the Literary Review. He is a Fellow of the Royal Historical Society and lives in London.

More details and tickets on the Orwell Festival website.

You may want to skip this bit. Did I mention before that I've got a new book out this month? The launch in Dublin on Bloomsday was a gorgeous affair, thanks to the gently incisive interrogations of Nuala O'Connor, superb readings by Stephanie Ellyne and the appearance of John Shevlin, celebrated milliner and (as you can see) a remarkably convincing Joyce lookalike. I'm not one to blow my own trumpet, but trumpets have been blown and who ams I to mute them?

“Neither a Joyce scholar nor a Bloomsday amateur, Collard knows the value and risk of both approaches to the man and his books, and steers a brilliantly idiosyncratic and richly digressive course between them.”

“The story goes that a man in Zürich once asked James Joyce if he could kiss the hand that wrote Ulysses. Joyce declined, saying it had done many other things as well. Multiple Joyce is a book inspired by those other things—it fizzes and astonishes at every turn, springing Joyce’s masterpiece free from the idolatry of academe and reminding us how strange and hip it must have seemed in 1922.”

“Written with impressive intellectual rigour but also a strong undercurrent of wit…. a most enjoyable way to learn more about Joyce.”

Multiple Joyce: 100 short essays about James Joyce's cultural legacy is published by Sagging Meniscus Press and there's a London launch event on Monday June 27th at the Irish Literary Society, London. I'll be in conversation with Rónán Hession (who wrote the very generous foreword to my book, which just goes to show that no good deed goes unpunished). Details and tickets here. Enter 'Buke' for a 50% discount - a night out in London's West End for a fiver! There will be live music, readings, signings and no end of craic, including an extraordinary giveaway of Joyce books..

And don't miss an exhibition of wonderful Philip Maltman paintings inspired by Joyce's writings at the 508 Gallery in King's Road, London (and Philip's work features prominently in Multiple Joyce, by the way)

6. The publishing event of the decade

This week (14th June) saw the publication in the Un ited States of the final two volumes of The Complete Works of W H Auden. And, saving the best until last, it's all of the poetry. In Britain we have to wait impatiently until August for the books to appear, but nothing matches this (for me at any rate) as the culminations of one of the all-time great editing achievements. Volume 1 covers the period 1927-1939 and Volume II 1940-1973. That the first volume has all the poems from a 12-year period and the second has more than three decades' worth of writing, and this lop-sided arrangement reflects Auden's career as (at first) a productive bright young Left-leaning British poet of the 1930s and, after his move to New York, the increasingly       As  I get older I'm catching up and learning to appreciate far more the later poems which, at first, I found rather too cosy and camp (and Auden was good at everything apart from being camp). What I love about his English period poems is the forensic, diagnostic quality:

'What do you think about England, this country of ours where nobody is well?' 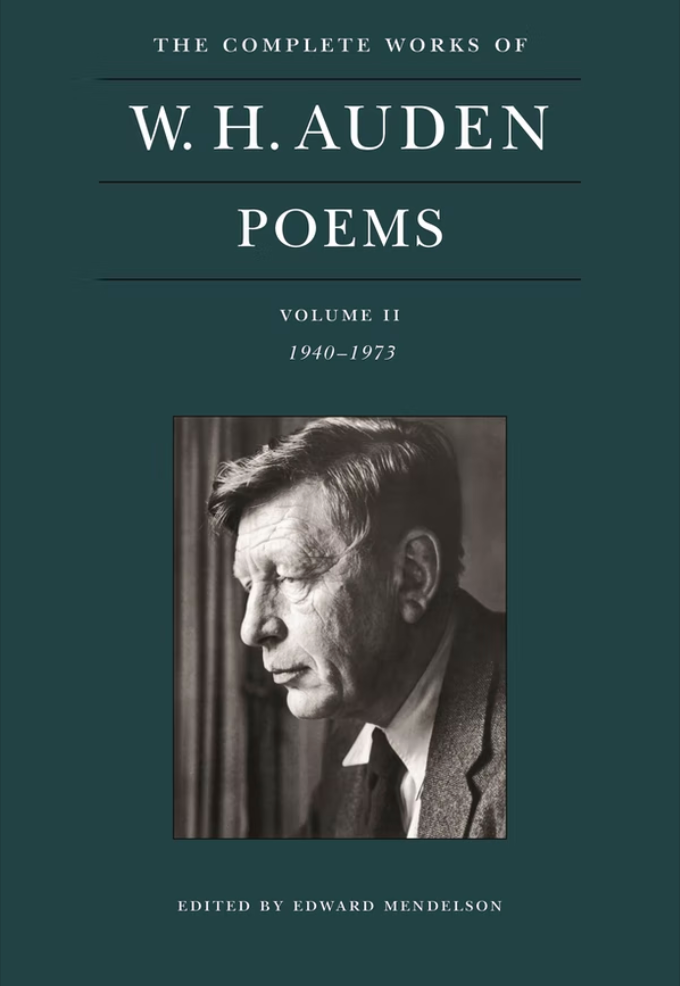 Details of all the volumes making up the series here.

One of our favourite writers (and if you haven't read her debut novel Cold New Climate yet I envy you the future shock) has just had a new essay published on the website of Astra. It's about grapefruit and sex, and it's here: https://astra-mag.com/articles/citrus-paradisi

I'm still organising next week's programme! But to keep you up to speed here's a look ahead at some future episodes of The Glue Factory live (although all content is subject to change)

The Phil Silvers Show is an American sitcom which ran on CBS from 1955 to 1959 (but was also broadcast on the BBC for a record-breaking fifty years).

It's widely regarded as the greatest television comedy ever produced, and that’s down to scripts and casting, to Nat Hiken’s visionary genius and above all to Silvers as Bilko, the role he was born to play.

This episode of The Glue Factory is dedicated to Phil Silvers and all those who worked with him on the show. It’s curated by Steve Everitt, founder of The Phil Silvers Museum, and features some very special guests.

Neither Weak Nor Obtuse by Jake Goldsmith (published 15th July)

An evening of prose poems and flash fiction

The re-issue of Tripticks by Ann Quin with Jennifer Hodgson

After that plans are still sketchy. The Glue Factory will run for fifty episodes and we'll pull the plug in December. What happens after that is anyone's guess.

More from our beloved resident in-house guru: Do read this.

Another reminder: When you think of donating to a food bank, you may think of giving pasta, tinned food or cereal. Though this food is always appreciated, the food banks in the Trussell Truss network are also in need of some more unexpected, but essential, items.

Six things you can donate to a foodbank apart from food:

- 'free from' foods including gluten-free and dairy-free

- household items such as washing-up liquid and detergent

- nappies, baby wipes and other toiletries