In my blog yesterday about the 2014 Goldsmith Prize shortlist I recommended Will Eaves' The Absent Therapist (CB Editions) and wrote:

It's short and original and, it strikes me, perfect. I couldn't for a moment find anything to fault, and I'm picky.

Now I suppose that this swooning abdication of the critic's role may strike you as a tad smug. I accept (following a deluge of an email) that my readers deserve better, or at least more, about why The Absent Therapist melts my butter. At Salvēte! our sole concern is all for your delight, so here we go.

For starters it isn't a novel at all, at least not like Barnaby Rudge is a novel. It's made up of short, free-standing paragraphs, each of which has a different voice, each of which contains an independent narrative, brilliantly constructed and usually inconclusive. Patterns emerge, and recurring themes, and more than one reading is necessary. Eves has a wonderful grip on language, the verbal equivalent of perfect pitch, so that the reader comprehends the set-up within a few words - speaker, situation and so on. This is a rare talent. It's like virtuoso close-up magic; it's like the first Aardman Studios cartoon Creature Comforts (you'll remember the shock and delight at what was then the radical innovation of sampling vox pop recordings and putting them in the mouths of downbeat plasticine zoo animals); it's like a particularly English version of an Oulipo experiment; it's like (and I borrow this comparison from another reviewer) listening to the radio at night under the bedclothes, constantly changing channels. 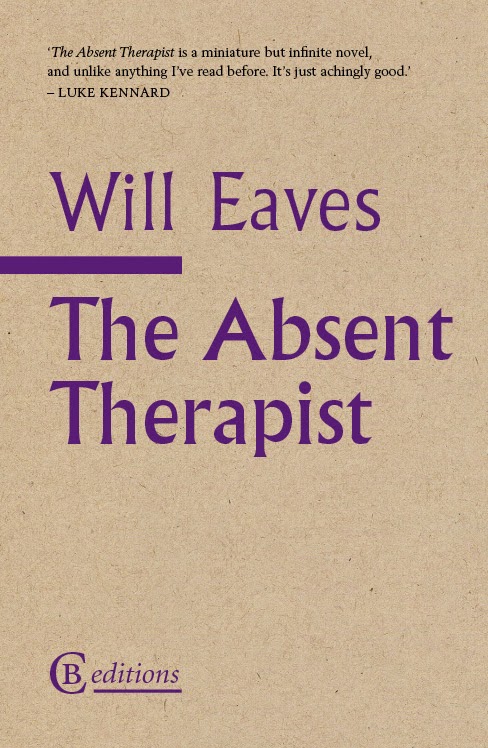 And it's short (112 pages), and by that I mean it doesn't outstay its welcome (which most novels do within 20 pages). You can read it in the time it takes to watch a film. It's also funny. And by that I mean it's very funny indeed. I never laugh out loud, ever, but I spluttered contentedly for a full minute when I read this:

There's plenty more where that came from. This book is by far the cheapest on the Goldsmith shortlist (at £9.99, the price of twenty cigarettes) Buying it will not enrich venal publishing empires, but it will enrich your mind. If it wins the Goldsmith Prize (and I hope it does) it will also piss off the sort of people who 'like a good read' - you know the type. Buy it from the publisher here.