I'm recycling this old blog from March 2013, prompted by a conversation a few days with poet I admire, Astrid Alben, who told me she had once worked for the advertising agency Saatchi and Saatchi. Look out for her outstanding new collection Plainspeak, from Prototype Publishing. 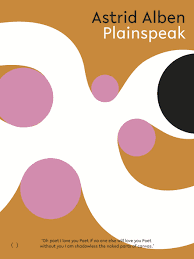 It was the Scottish poet Norman Cameron (Oxford contemporary of Auden, best friend of Dylan Thomas and aide to Robert Graves and Laura Riding in Majorca), who, obliged to earn a living as an advertising copywriter at J. Walter Thompson, came up with an entirely fictitious malady called 'Night Starvation', the only cure for which was a bedtime mug of Horlicks. Cameron was never a big name, wrote only seventy-odd poems and died young. He is largely forgotten today, but he wrote some very good stuff - and contributed at least one indispensable phrase to the language:

I, who should command a regiment,
Do amble amiably here, O God,
One of the neat ones in your awkward squad.

Or so I thought. But (if Wikipedia is a reliable guide) 'the awkward squad' has been (or should that be 'have been.?) knocking around since the 18th century. Shortly before his death in 1796 Robert Burns said: 'Don't let the awkward squad fire over me', suggesting an established slang term for untrained, undisciplined troops. The phrase has more recently been applied to left-wing trades union leaders like Bob Crow and Mark Serwotka, opposed to New Labour policies. Was Cameron merely the first to use the phrase in a poem? No mean accomplishment.
Other poets have dabbled in commerce. In 1955 the American poet Marianne Moore was briefly employed as a consultant by the Ford Motor Company. David Wallace, manager of marketing research, invited her to submit 'inspirational names' for the company's exciting E-car project. After a month's work she came up with nineteen, including the following:

Andante con Moto
A month later she had another flash of inspiration and submitted Utopian Turtletop.


I like and admire all of these, of course. They're altogether more swaggering and upbeat than Martin Amis's sourly satirical Ford Fiasco.

The E-car was eventually launched - a disastrously unpopular model named after Henry Ford's only son. The Ford Edsel was named after Edsel Ford. Perhaps it would have fared better as the Mongoose Civique. Some cultural pundits have speculated that the car's remarkable lack of success was down to the 'vaginal' radiator design. I don't suppose Marianne Moore had a hand in that.
Posted by David J Collard at 06:19