Box Hill, the new novella by Adam Mars-Jones, also navigates a male relationship but a very different one. It's a first-person account of an intense and transgressive sexual arrangement, set in a decade both recent and remote: the 1970s. The unprepossessing narrator, Colin, a tube driver, looks back on an his time with a biker called Ray, following their chance first encounter in the Surrey location that gives the book its title.

In that respect it's in a long-established 'summer of '66' tradition of gay coming-of-age fictions with Colin as the gauche young innocent discovering his 'true nature', but in that respect only. Ray and Colin begin a sado-mascochistic relationship, with Ray as the dominant partner and Colin the rapt and enraptured object of his chilly affection.

Colin appears at first to be engagingly guileless. As the increasingly disarming details of the arrangement between the two men emerge we reflect on what love is, and can be.  Colin is willingly and (it seems) contentedly objectified by Ray and other members of the motorcycle gang (which becomes a poker club/orgy on Saturday nights), the goings-on related in a droll, unassertive manner. The details are seldom explicit and never graphic, but we get a clear picture of Colin's elective lack of agency, and the emotional and physical satisfaction he derives from it. 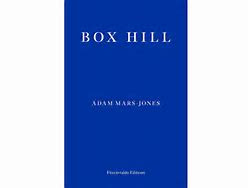 We're in Fifty Shades of Grey territory, perhaps, but navigated by somebody who really knows how to write. I can't imagine any better prose fictions will be published this year.

Fitzcarraldo books have the look and feel of French paperbacks from the last century - Gallimard, say, or Editions de Minuit. And they have the most impressive list of any small publisher,  one that includes two Nobel laureates. It's interesting to see a major British writer committing to an indie press, and a Very Good Thing. Fitzcarraldo have done a great job here.

The launch event (scheduled for Monday this week was cancelled along with everything else, but the book is now available and you can buy it directly from the publisher here.
Posted by David J Collard at 08:57